As I sat in the chassis contemplating how to proceed, I couldn't help myself.  I had to take the obligatory "vroom-vroom" pics:

Heading down to the local cruise night. 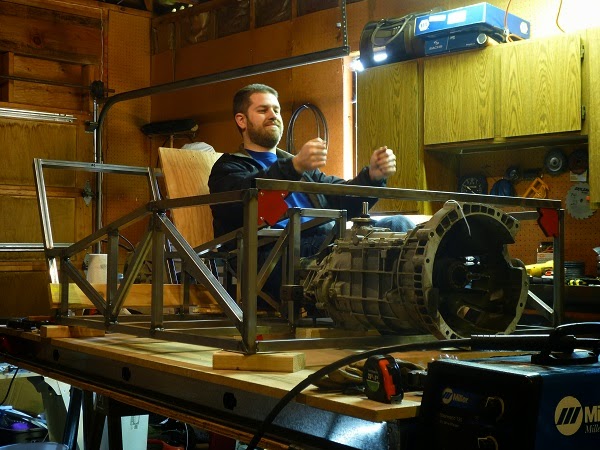 Chasing a Corvette through "The Kink" at Road America. 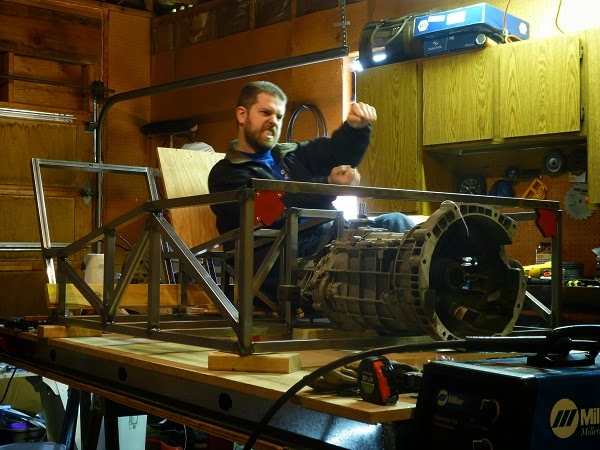 Posted by Garage Odyssey at 10:39 PM No comments:

This weekend started out with more unconventional jigging. 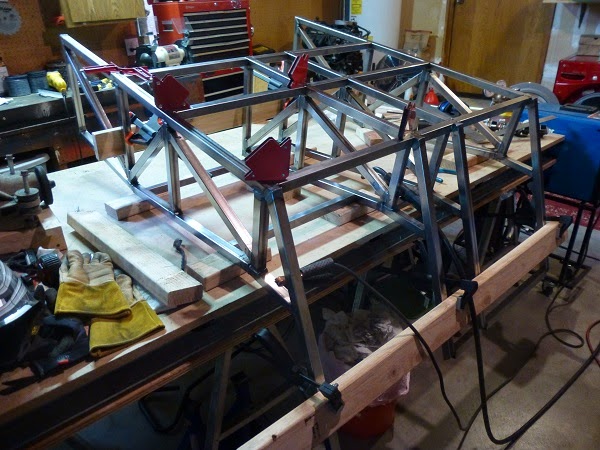 Once the tubes were all tacked in place, I had to try to figure out how to get the damn thing flipped and rotated to a more useful position.  Needless to say, it doesn't look like I'll be able to maneuver the frame around for very much longer, without the assistance of my hoist.  I would dare say that it's almost starting to look like a real chassis. 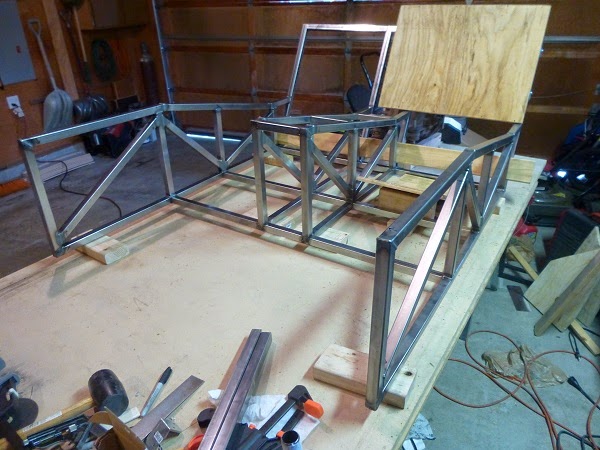 One decision I've been mulling over, is how to build the upper portions of the foot wells in such a way that the transmission can be reasonably installed or removed. 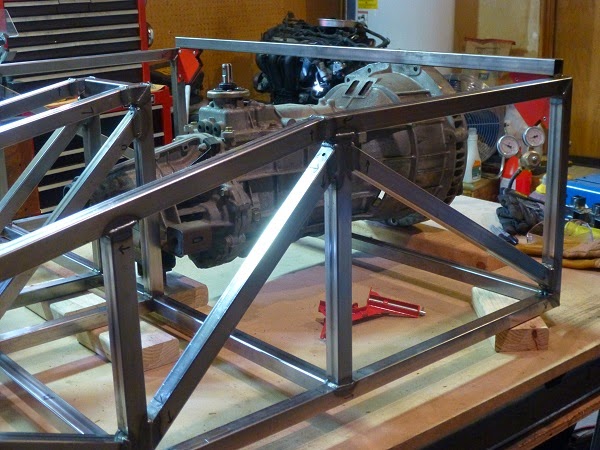 As you can see, the shifter stub protrudes up a bit and will probably require a considerable amount of jockeying to get it in and out even as shown with the transverse tube an inch higher than it would ideally be.  One alternative is that once the final transmission tunnel tubes are in place, any tubes in the shifters path be removable.  Eliminating them might work, but would be less elegant as it would require 'creative' bracing for the load paths to return to the tunnel behind the transmission.  Getting the forward tunnel tubes cut and put in place should give me time to formalize a plan of action.
Posted by Garage Odyssey at 11:21 AM No comments:

With preparations for the arrival of our "garage helper" kicking into high gear, my typical garage time has been increasingly filled with more important projects and events.  Not the least of which included my solemn duty to keep some of the other 'shower' husbands occupied with a local wine, beer, and whiskey tasting tour.  However, I had a break this weekend that allowed me to make some good progress.

It began with cleaning up my workspace from the other projects that had accumulated over the past two weeks.  Following that, the next 12 tubes were cut and trimmed to length, cleaned, and prepped for installation.  This morning I constructed my somewhat unconventional jigging of the chassis, that actually held everything surprisingly true according to my carpenters square. 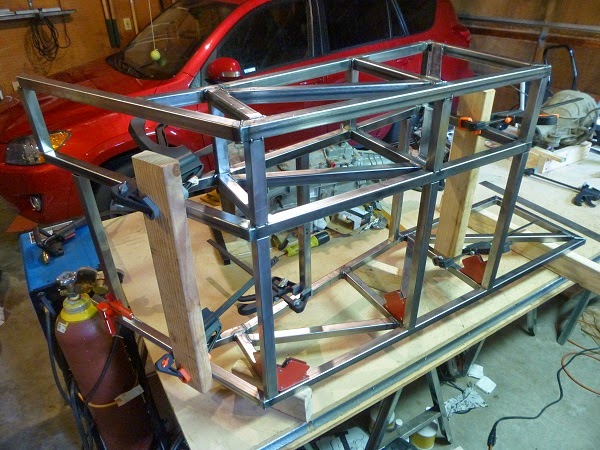 A few conveniently placed tacks later, and the driver side is officially in place. 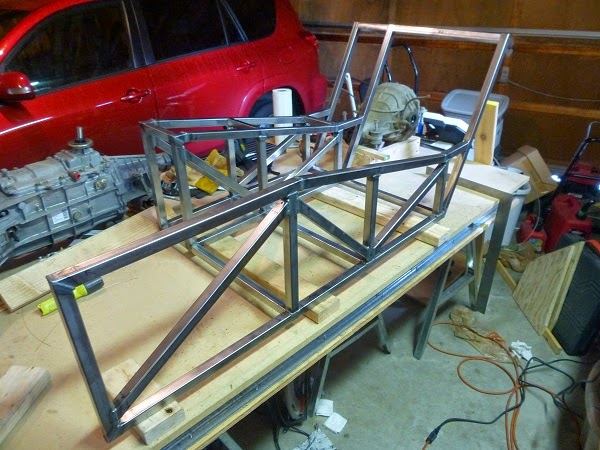 Posted by Garage Odyssey at 12:35 PM No comments: