Somehow the acronym SWMBO (She Who Must Be Obeyed) never really seemed appropriate for my wife, so I gave her the much more deserving title of SWEETA (She Who Enables Every Thing Automotive).  Maybe it was a coincidence, and maybe it was a premonition.  There is no way to know for sure.  What I do know is that with a baby girl in the house there is one, and only one, SWMBO...And it certainly isn't my poor SWEETA.

As weeks turned into months of virtually no progress, in the back of my mind I did start to wonder when I would ever be able to get back into the swing of things with this build.  Fortunately, SWMBO has appears to have recently approved my request to exchange the previous weekend mornings for weekend nights, by regularly falling asleep considerably earlier.  Additionally SWEETA has given this new schedule her blessing as well, by also choosing to go to bed at that time.  Thus, for the past 4 weekends in a row I have gotten garage time!

Unfortunately, I have spent more time that I care to admit relearning some of the things that I was doing without giving a second thought before SWMBO arrived.  Consequently, I have also spent far to much of this precious time redoing said things...Often more than once.  As of this weekend, it feels like it's all starting to flow again though. 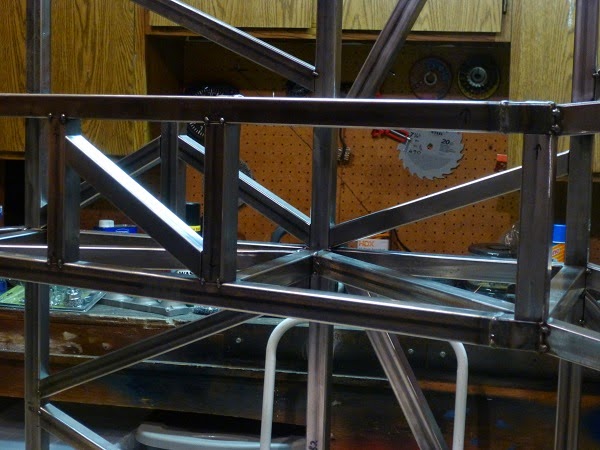 Posted by Garage Odyssey at 9:57 PM No comments: