So that's what happens when you leave two sections of chassis alone in the garage together!... 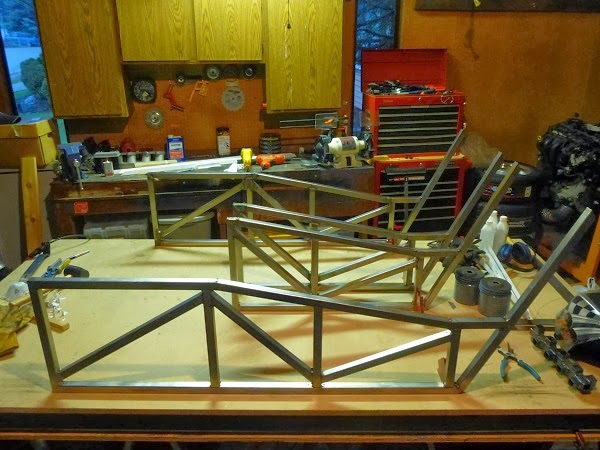 Posted by Garage Odyssey at 10:30 PM No comments:

Mental note: Industrial Sharpie is almost as tough as mill scale. Acetone barely fades it. Stick with Original Sharpie for marking welds on Steel.
Posted by Garage Odyssey at 12:19 PM No comments:

As my skills grow through the process of building this chassis, so too will the quality of my workmanship.  I am confident that my fabrication of this chassis will be more than adequate for safely cruising around town or hitting the local autox.  But I do also want to take this car to the race track, and I'm not yet sure of my confidence level in this same fabrication when traveling at speeds well into triple digit speeds...But I need to find a way to keep moving forward if I ever want to get this car on the road.

I also know that as much as I'd like to make it look like I can design everything perfectly on the first try as I go along, I know that I will have to make changes to previously 'completed' work, as well as there will be things I wish I had done a bit (or a lot) differently when seen in hindsight.

So to assuage my fears and bring me the inner peace I need to proceed, I am making templates of every tube.  These will allow me to build a second chassis with relatively minimal effort, if at any point in the future I see fit to do so.

It's actually a quick and easy process, the hardest part of which was finding a suitably sized and priced material.  I happened across 5/8 vinyl J-channel for cheap at my local hardware store. 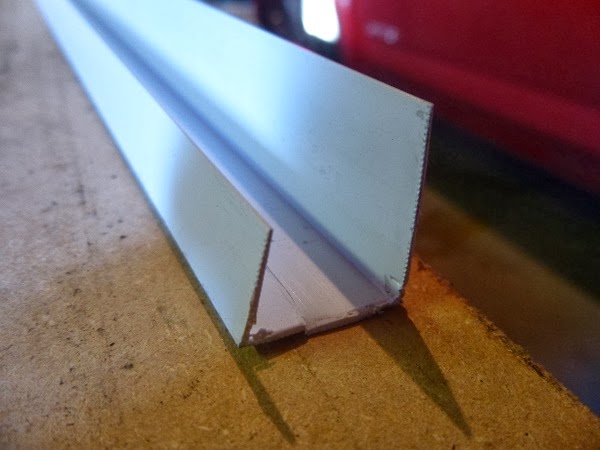 Using a utility knife, score down the full length of the inside corner on the shorter side.  Fold the short side "open" to lay flat with the base, which will cause the vinyl to fracture along the scored line.  Then peel the short side off leaving a vinyl L-channel. 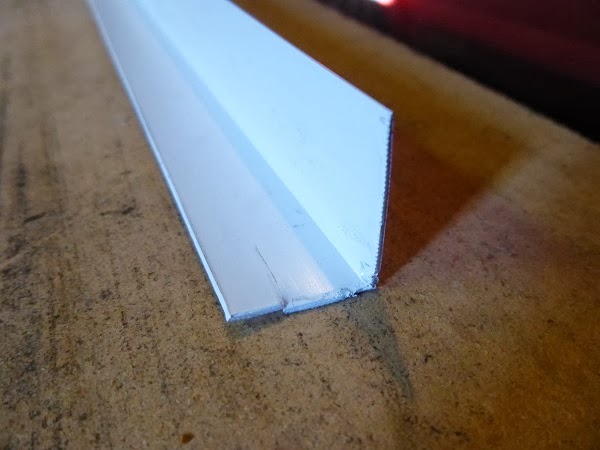 Orient the tube into the L-channel as necessary, use a sharpie to mark the tube end profiles, and cut with a tin snip to match.  Lay it back over the tube to verify the angles and lengths are correct. 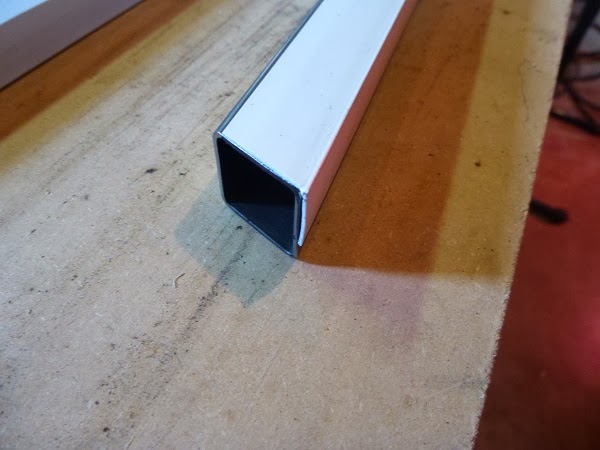 And before you know it, you've got a whole family of templates. 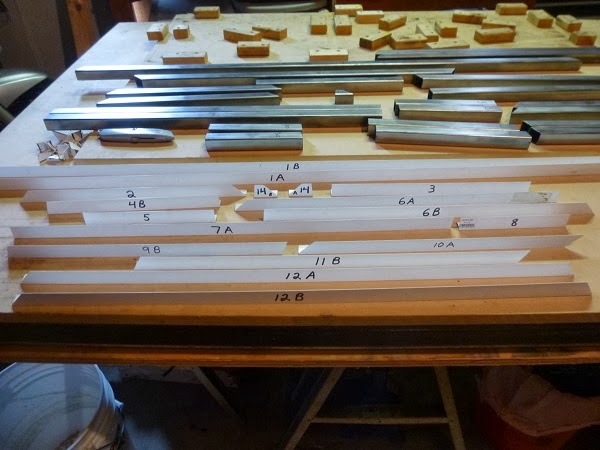 Note that some are simply numbered, while others have "A" and/or "B" associated with the number.  As usual, there is a method to the madness. Due to my band saw only being able to make angles in one direction up to a 45 degree angle, numerous tubes needed templates that either oriented a specific way or needed one template for each side.  It takes a bit of thought to get them all sorted out the right way, but apparently is nothing that the average idiot who thinks he can actually build a car from scratch in his own garage couldn’t figure out on the third or fourth try.
Posted by Garage Odyssey at 10:54 PM No comments: 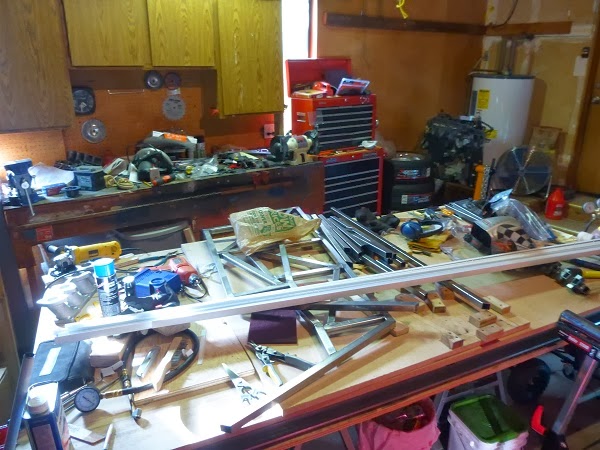 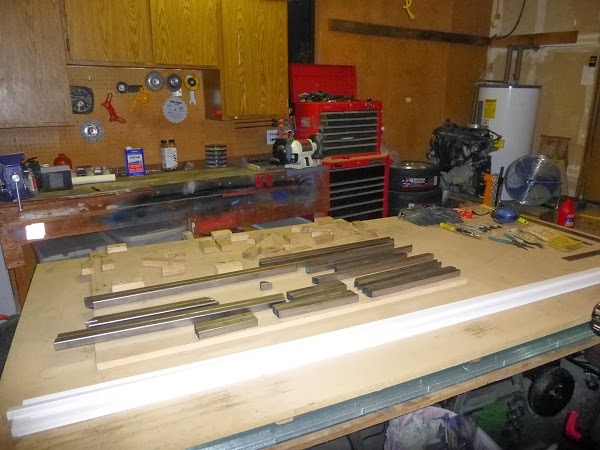 Posted by Garage Odyssey at 10:52 PM No comments: